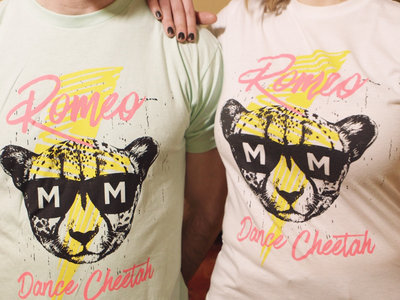 Official Romeo Dance Cheetah shirts to commemorate the glorious release of debut album "Magnificent Man". These are "Next Level" brand Premium Cut 60/40 cotton/polyester and they just look snazzy :) You have the choice of either traditional white or mint.

Includes unlimited streaming of Party Poopin' via the free Bandcamp app, plus high-quality download in MP3, FLAC and more.

ships out within 2 days